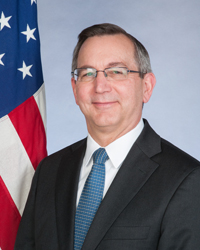 Concern for Growing Violence in Rakhine and Chin States, Burma

The U.S. supports a peaceful, prosperous, and democratic Burma that respects the human rights of all its people. Burma remains a country in transition to democracy, and faces significant ongoing challenges and human rights issues.

The U.S. has a long-standing commitment to improving the lives of the people of Burma. After the USAID Mission was closed in 1989, the U.S. continued to deliver emergency humanitarian assistance along the Thailand-Burma border, including through NGO partners for Burmese refugees and asylum seekers in the refugee camps on the border. The U.S. resumed targeted health programs in 1998. In 2008, U.S. assistance efforts scaled up in response to the devastation caused by Cyclone Nargis. Burma's ongoing reforms led to the re-establishment of the USAID Mission in 2012.

In recognition of Burma's political and economic reform progress, the U.S. has taken concrete steps to accelerate broad-based economic growth and support the political reform process. The U.S. played an instrumental role in supporting renewed engagement from multilateral development banks, which re-started operations in 2013. In 2016, the U.S. terminated the national emergency with respect to Burma, which had been in place since 1997. The termination removed a range of economic and financial sanctions, including the designations of individuals and entities listed on the Office of Foreign Assets List pursuant to U.S. sanctions on Burma.