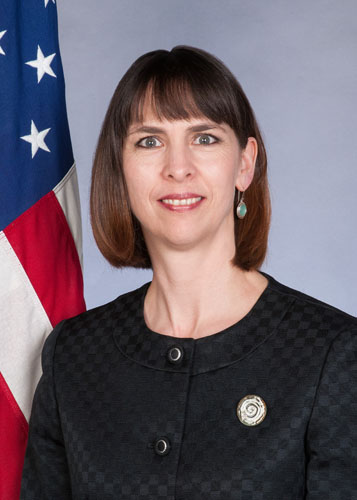 The official name of the Kingdom of Swaziland was changed to the Kingdom of Eswatini, or Eswatini, in April 2018. The U.S. and Eswatini have had good bilateral relations since Eswatini’s independence from the United Kingdom in 1968 and establishment as a constitutional monarchy. Five years after independence, the country's ruler, King Sobhuza II, repealed the constitution and began to rule by decree. In 2006, under Sobhuza’s son King Mswati III, the country implemented a new constitution that enshrined broader political freedoms, expanded the roles of the legislative and judicial branches, and established Eswatini as an executive monarchy ruled by Mswati alongside traditional parliamentary and bureaucratic structures. U.S. policy seeks to maintain and strengthen bilateral relations, and stresses Eswatini’s continued political and economic reform.

The U.S. Government supports health promotion and health systems; strengthening accountable governance; rule of law; economic inclusion and empowerment; entrepreneurship; youth development and education; security sector capacity-building; and trade promotion in Eswatini. Eswatini, which has the world’s highest prevalence rate of HIV (approximately 30% of adults aged 15-49), is now at the cusp of epidemic control, in part the result of PEPFAR’s contributions over the past 17 years to stem the crisis. Eswatini has reached the “90-90-90” benchmark at a national level, which means 90% of people living with HIV know their status, 90% of that group are on antiretroviral treatment (ART), and 90% of the population on ART have suppressed the virus to an extent that they will not infect others easily. However, ART coverage is less than 90% for children, young women and men 25-29 years. In FY20, Eswatini will move rapidly towards closing these gaps and achieving the “90-90-90” benchmark for all age and sex populations.

In January 2018, Eswatini regained eligibility for preferential trade benefits under the African Growth and Opportunity Act after enacting legislation and reforms related to freedom of assembly, association, and expression, and to internationally accepted workers’ rights. The country belongs to the Southern African Customs Union, which has signed a Trade, Investment, and Development Cooperative Agreement (TIDCA) with the United States. The TIDCA establishes a forum for consultative discussions, cooperative work, and possible agreements on a wide range of trade issues, with a special focus on customs and trade facilitation, technical barriers to trade, sanitary and phytosanitary measures, and trade and investment promotion. Eswatini also is a member of the Common Market for Eastern and Southern Africa, which has a Trade and Investment Framework Agreement with the U.S.