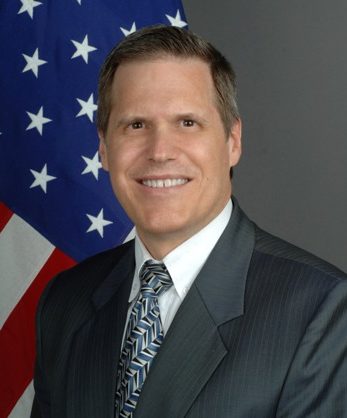 The United States is working alongside our international partners to end the global COVID-19 pandemic. On August 14, we were proud to announce the delivery of 500,000 doses of the Pfizer vaccine to Iraq.

The U.S. Mission in Iraq is dedicated to our enduring strategic partnership with the Government of Iraq and the Iraqi people. In coordination with the Global Coalition to Defeat ISIS, the United States assisted Iraq’s efforts to achieve the December 2017 milestone of liberating the country from ISIS. Following the territorial defeat of ISIS in Iraq, the United States increased efforts to stabilize liberated areas as Iraq continues to develop as a sovereign, stable, and self-reliant country. Iraq is now a key partner for the United States in the region as well as a voice of moderation and democracy in the Middle East. Iraq benefits from functioning government institutions, including an active legislature, and plays an increasingly constructive role in the region. The United States maintains vigorous and broad engagement with Iraq on diplomatic, political, economic, and security issues in accordance with the U.S.-Iraq Strategic Framework Agreement (SFA), which provides the basis for the U.S.-Iraq bilateral relationship.

U.S. bilateral assistance to Iraq focuses on economic reform, assistance to vulnerable groups, and democracy and governance. We continue to help strengthen the capacity of Iraq’s civil society organizations and elected representatives. U.S. bilateral assistance aims not only to bolster Iraq’s democratic institutions, but also to preserve the strategic, political, and economic importance of the U.S.-Iraq partnership in a changing Middle East region. Since 2014, the United States has contributed billions of dollars in humanitarian, demining, and stabilization aid to conflict-affected and displaced Iraqis in the region, including support for communities recovering from genocide. U.S. security assistance supports the development of a modern, accountable, fiscally sustainable, and professional Iraqi military capable of defending Iraq and its borders. U.S. security assistance programs also promote civilian oversight of the military, adherence to the rule of law, and the respect for human rights, while simultaneously increasing the Iraqi military’s capability to respond to threats and conduct counter-terrorism operations.

The Iraqi government has stated its intention to transition from a centrally run economy to one that is market oriented. The United States is one of Iraq’s largest trading partners, and investment by U.S. companies has increased significantly in the last 10 years. To increase trade, the United States has designated Iraq as a beneficiary developing country under the Generalized System of Preferences program and several U.S. companies are active in Iraq, including in the energy, defense, information technology, automotive, and transportation sectors. Two-way trade in goods in 2019 totaled $8.2 billion, with $1.2 billion in U.S. exports to Iraq and $7.0 billion of Iraqi exports to the United States, almost entirely consisting of crude oil.