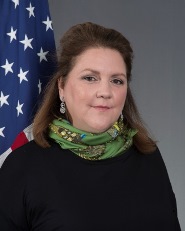 The Time is Now for Equality and Inclusion

The U.S. established diplomatic relations with Lesotho in 1966, immediately following its independence from the United Kingdom. Post-independence, the country has seen a mix of rule by decree, coups, military government, and democratically elected government. Lesotho is a constitutional monarchy that faces challenges including poverty, income inequality, and one of the highest HIV/AIDS prevalence rates in the world. It is currently governed by a four-party coalition, following the third election in five years in June 2017. Since independence, Lesotho and the U.S. have had productive bilateral relations. U.S. foreign policy priorities in Lesotho focus on achieving the development of a stable, prosperous, and healthy country.

Lesotho is eligible for preferential trade benefits under the African Growth and Opportunity Act (AGOA). Lesotho is the second largest exporter of textiles and garments to the U.S. under AGOA. The top U.S. export categories to Lesotho are milling products, vegetables, and machinery. The country belongs to the Southern African Customs Union, which has signed a Trade, Investment, and Development Cooperative Agreement (TIDCA) with the United States. The TIDCA establishes a forum for consultative discussions, cooperative work, and possible agreements on a wide range of trade issues, with a special focus on customs and trade facilitation, technical barriers to trade, sanitary and phytosanitary measures, and trade and investment promotion.