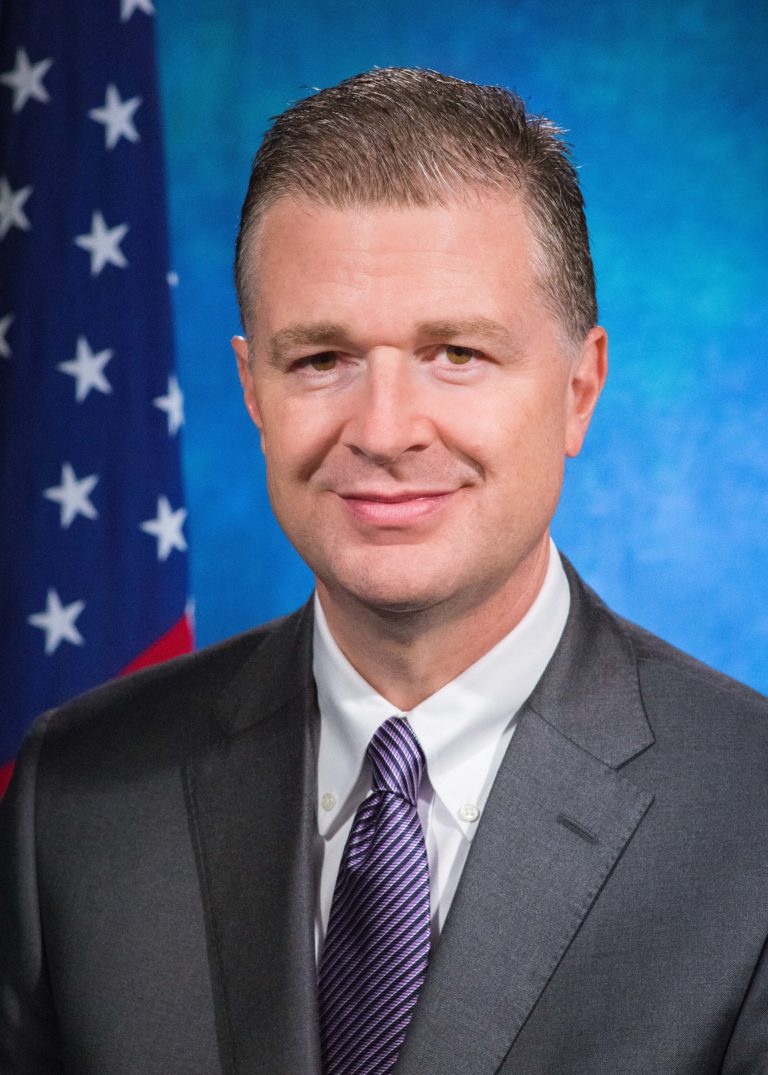 United States and Vietnam Convene 17 Friends of the Mekong in Support of a Secure, Prosperous, and Open Mekong Region

Towards a Resilient and Connected Mekong

Conviction of Three Members of the Independent Journalists Association of Vietnam

The Future of Women in Peacekeeping

The U.S. established diplomatic relations with Vietnam in 1950, following its limited independence within the French Union; France continued to oversee Vietnam's defense and foreign policy. In 1954, Vietnamese nationalists fighting for full independence defeated France, and the now-divided Vietnam entered into two decades of civil war. The U.S. did not recognize North Vietnam's government, maintaining the U.S. Embassy in South Vietnam, supporting the South against the North, and entering the war on the South's side. In 1975, the U.S. closed its Embassy and evacuated all Embassy personnel just prior to South Vietnam's surrender to North Vietnamese forces.

In the 1980s, Vietnam introduced market reforms, opened up the country for foreign investment, and improved the business climate. It became one of the fastest-growing economies in the world. Vietnam's rapid economic transformation and global integration has lifted millions out of poverty and has propelled the country to the ranks of lower-middle-income status. U.S. assistance in Vietnam focuses on consolidating gains to ensure sustainable economic development while promoting good governance and the rule of law. Assistance projects aim to deepen regulatory reforms, improve the capacity and independence of Vietnam's judicial and legislative bodies, and promote more effective public participation in the law and regulation-making processes. The U.S. assists the Government of Vietnam to bring its laws and practices into compliance with international labor standards and effectively enforce labor laws and uphold workers’ rights. U.S. assistance also seeks to support Vietnam's response to climate change and other environmental challenges, including remediating Agent Orange/dioxin contamination, strengthening the country’s health and education systems, and assisting vulnerable populations. The U.S. and Vietnam successfully concluded the first phase of dioxin remediation at Danang International Airport in 2017 and are discussing continued collaboration on the clean-up of dioxin contamination at Bien Hoa Air Base. Both sides also pledged to combat climate change via climate mitigation and adaptation measures.

Since entry into force of the U.S.-Vietnam bilateral trade agreement in 2001, trade between the two countries and U.S. investment in Vietnam have grown dramatically. The U.S. and Vietnam have concluded a trade and investment framework agreement; they also have signed textile, air transport, and maritime agreements. U.S. exports to Vietnam include agricultural products, machinery, yarn/fabric, and vehicles. U.S. imports from Vietnam include apparel, footwear, furniture and bedding, agricultural products, seafood, and electrical machinery. U.S.-Vietnam bilateral trade has grown from $451 million in 1995 to nearly $52 billion in 2016. In 2016, Vietnam was America’s fastest growing export market. U.S. exports to Vietnam grew by 77 percent between 2014-2016. U.S. exports to Vietnam were worth over $10 billion in 2016, and U.S. imports in 2016 were worth $42 billion. U.S. investment in Vietnam has grown significantly over the past eight years to nearly $10 billion. The U.S. and Vietnam intend to establish the U.S.-Vietnam Joint Commission on Civil Nuclear Cooperation to facilitate the implementation of the 123 Agreement on the peaceful uses of nuclear activity, which came into force in October 2014. An expanding civil nuclear partnership will help reduce emissions from the global power sector and establish the highest standards of nuclear safety, security, and nonproliferation.