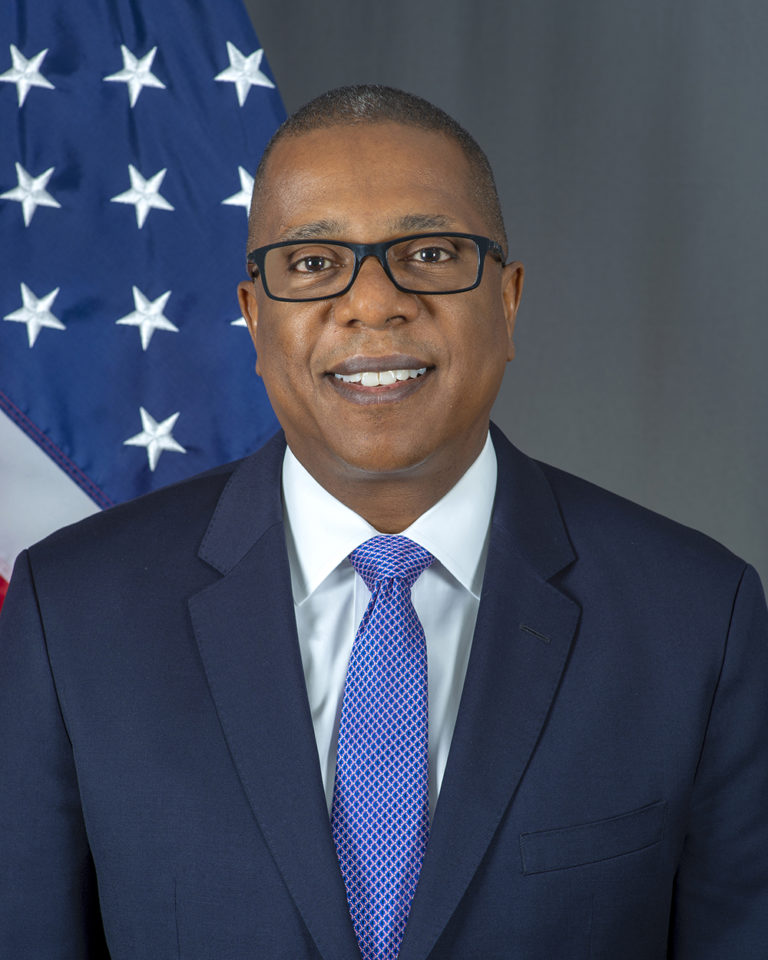 The United Kingdom formally granted independence to Zimbabwe (formerly Rhodesia) in 1980, following years of conflict between minority white rulers and majority black insurgent movements. The United States was the first nation to open an embassy in the country in 1980, and it pledged assistance toward Zimbabwe’s economic development. By the mid-1990s, Zimbabwe’s flourishing independent agricultural and industrial sectors, which benefited from a highly educated workforce, had led Zimbabwe to become a net exporter to regional and international markets. However, beginning in the late 1990s, the government’s economic mismanagement and corruption resulted in Zimbabwe becoming a deeply indebted country, heavily reliant on humanitarian assistance.
Zimbabwe elected Robert Gabriel Mugabe as the country’s first prime minister in 1980. Mugabe became president in 1987 after changes to the constitution created an executive presidency; he remained in power for 37 years.
The Mugabe Administration’s undemocratic practices, human rights abuses, and economic mismanagement prompted the United States Congress to pass in 2001 (and amend in 2018) the Zimbabwe Democracy and Economic Recovery Act (ZDERA), which restricts U.S. support for multilateral financing to Zimbabwe until Zimbabwe makes specified political and economic reforms. In 2003, in response to widespread, government-sponsored violence that threatened regional security, the U.S. Department of the Treasury enacted targeted financial sanctions against individuals and entities responsible for undemocratic practices, human rights abuses related to political repression, and public corruption. In response to Mugabe’s continued repression, the United States also placed travel restrictions against selected individuals, a ban on transfers of defense items and services, and a suspension of non-humanitarian government-to-government assistance.
In November 2017, military pressure, public demonstrations calling for President Robert Mugabe’s removal, the ruling party’s vote of no confidence, and impeachment proceedings led to Mugabe’s resignation. Former Vice President and Minister of Defense Emmerson D. Mnangagwa replaced him and was sworn in on November 24, 2017 to serve the remainder of Mugabe’s term. Mnangagwa won the presidency in his own right in July 2018 in an election that was improved compared to Zimbabwe’s previous elections, but still very flawed according to international election observers.
Despite promises of reform, the Mnangagwa Administration continues to use state-sanctioned violence against peaceful protestors and civil society, as well as against labor leaders and members of the political opposition. The Zimbabwean government has made little progress in implementing the broad reforms the country needs.
The United States shares the same fundamental interest as the Zimbabwean people: a stable, peaceful, democratic Zimbabwe that reflects the people’s will and provides for their needs. Our support for the people of Zimbabwe includes ensuring that those Zimbabweans using their positions of power to undermine democratic progress are not benefiting from their actions. We have made it clear that credible, transparent, and lasting democratic reforms must precede an easing of restrictive measures.

In 2019, the United States Government provided $318 million in U.S. foreign assistance to Zimbabwe, predominantly in the areas of health, development and humanitarian assistance. Notwithstanding ongoing anti-democratic and repressive practices by the Government of Zimbabwe which continue to affect the bilateral relationship, the United States remains the ‎largest provider of health and humanitarian assistance, including the U.S. President’s Emergency Fund for AIDS Relief (PEPFAR), food assistance and disaster relief, to the people of Zimbabwe.
U.S. Agency for International Development (USAID) assistance to Zimbabwe since 2002 has focused on HIV/AIDS prevention, democracy and governance programs, humanitarian assistance, economic growth and agriculture, and investing in people. In 2000, the Centers for Disease Control and Prevention (CDC) began a direct assistance program. CDC’s program consists of prevention of HIV transmission; improved care of persons with HIV/AIDS; surveillance, monitoring, and evaluation of the epidemic; and health sector infrastructure support. Since 2006, the HIV/AIDS assistance has been coordinated through PEPFAR.

The U.S. Government works to promote Zimbabwe’s democratic and economic recovery following years of decline, and to highlight opportunities for trade and investment that will benefit U.S. and Zimbabwean businesses alike. The U.S. Government provides guidance to U.S. businesses to help them take advantage of opportunities in Zimbabwe in compliance with U.S. policies such as targeted financial sanctions, which do not prevent U.S. or international businesses from operating in Zimbabwe.