A lock ( ) or https:// means you’ve safely connected to the .gov website. Share sensitive information only on official, secure websites.
HomeDipNote ...Demonstrating the Value of Humanitarian Demining in Colombia
hide

Demonstrating the Value of Humanitarian Demining in Colombia 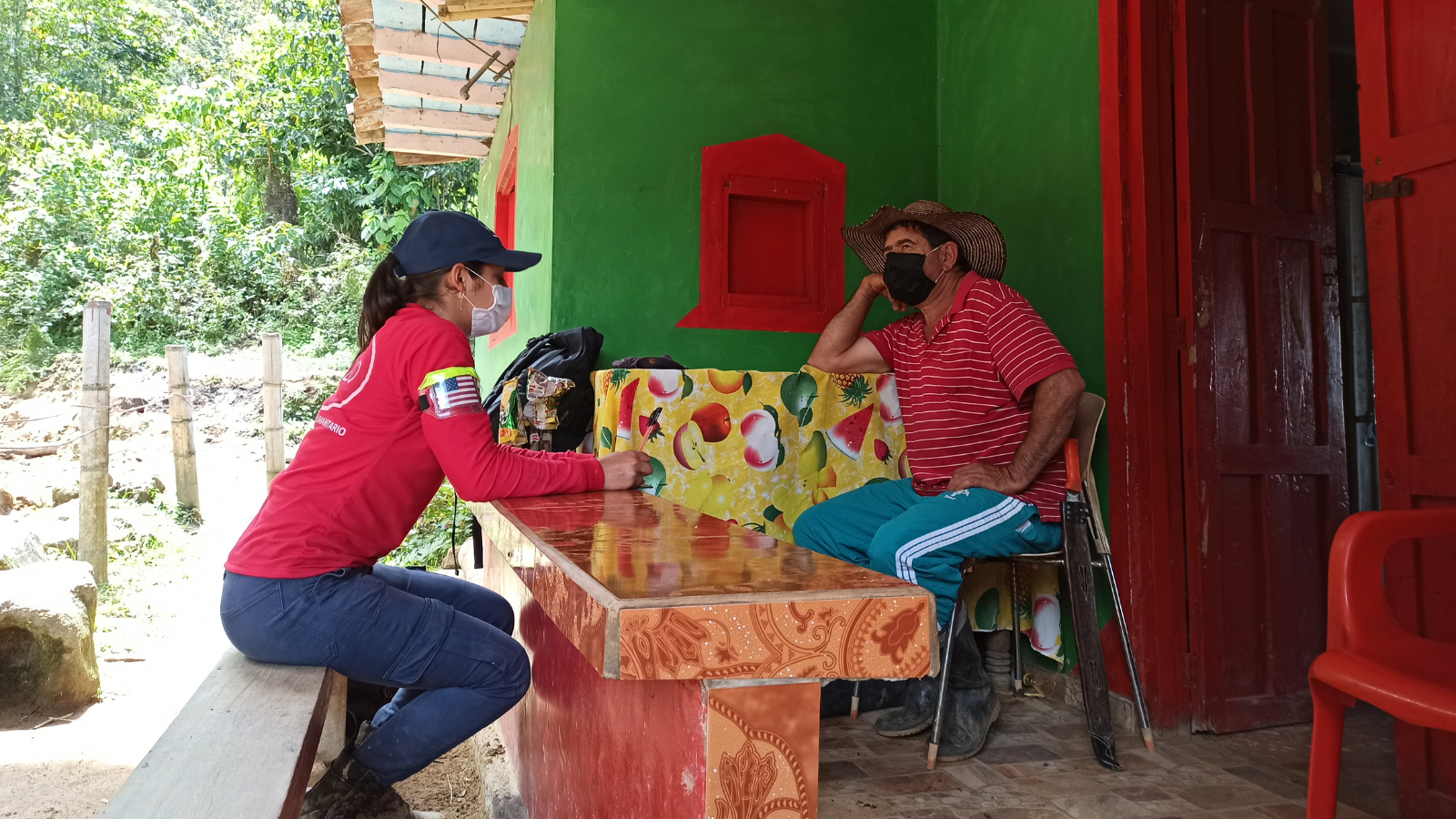 The United States is the world’s leading donor for humanitarian demining, having contributed more than $4 billion globally to conventional weapons destruction efforts since 1993. This includes $228.5 million in 2020 alone provided to support programs in over 40 countries. Given the amount of funding involved, it is critical for the State Department to deliver results and demonstrate that American taxpayer resources are used wisely. The Bureau of Political-Military Affairs’ Office of Weapons Removal and Abatement (PM/WRA), which leads U.S. humanitarian demining efforts, collects detailed data on these programs to clearly demonstrate results for money invested. In the past five years alone, U.S.-funded demining programs have cleared more than 1.4 million landmines and other explosive hazards while returning 376 square miles of land to civilian communities for safe and productive use – an area roughly equivalent to New York City and Baltimore combined. As impressive as statistics can be, however, the data only tells part of the story of U.S. humanitarian demining assistance. In Colombia, PM/WRA implementing partner The HALO Trust took a closer look at how this assistance is affecting communities and improving lives.

In late 2019, HALO began exploring the link between humanitarian demining and socio-economic development in two Colombian municipalities: Nariño and La Unión in Antioquia department. From 2013 to 2016, HALO surveyed and cleared the municipalities with U.S. government funding, resulting in both ultimately being declared landmine impact free. Now that a few years have passed, this presented a great opportunity to assess how U.S. demining assistance had impacted those communities. Nariño and La Unión are home to approximately 31,000 Colombians and cover a geographical area of just under 200 square miles. While La Unión had been suspected to contain minefields, HALO’s surveys determined that no landmines were present, meaning all land in La Unión could be released immediately to communities for safe and productive use. In Nariño, however, HALO identified 39 minefields and cleared over 115,000 square meters of contaminated land, resulting in the destruction of 192 explosive hazards. To better understand the relationship between demining and socio-economic development, HALO measured post-demining changes in six areas: productive land use, economic benefits, social benefits, municipal economic growth, employment, and the implementation of development projects.

Using data collected in a survey of nearly 700 households, developed in partnership with Los Andes University, HALO identified clear linkages between demining assistance and socio-economic development in each of the six principal areas analyzed. Agricultural productivity went up along with household incomes, and property values rose significantly following HALO’s demining activities. These factors provided tangible economic benefits to Colombian families as well as the broader municipality. Communities are now using 88 percent of cleared land productively, and the removal of explosive hazards resulted in new and improved access routes that have provided easier means of travel to hospitals, schools, and other social services. With the fear of landmines eliminated, HALO reports that 772 displaced families have returned to their homes in Nariño and La Unión since 2016. For those directly affected by the presence (or suspected presence) of landmines, average incomes increased 38 percent, housing values increased, on average, by over 500 percent, and household spending has also increased. Furthermore, 14 development projects have been implemented since the municipalities were deemed free of contamination. Most importantly, community members noted to HALO an increase in social connectivity while also reporting an improved peace of mind and a significant decrease in levels of fear from explosive devices.

Through this survey and subsequent data analysis, PM/WRA and HALO learned valuable lessons that will be used to improve future assessments. For example, HALO did not establish a baseline of economic information in 2013 when operations began, and instead relied on other sources of data as well as anecdotal evidence to determine the gaps in information. In future projects, PM/WRA and its implementing partners will collect pre-clearance economic data from the project’s start to establish a more reliable baseline. Though the COVID-19 pandemic made travel and in-person conversations more difficult, this project provided the State Department, Colombian counterparts, and HALO with overwhelming evidence that humanitarian demining activities result in substantive, long-lasting, and positive change. The impact assessment revealed that humanitarian demining directly contributes to the return of displaced families to their homes after conflict, increases property values and household incomes, facilitates a heightened sense of security, and provides safe access routes and stronger, more connected communities. These findings are positive indicators that U.S. government investment in humanitarian demining has significant economic and humanitarian value that extends well beyond reporting statistics such as square meters of land cleared.

The State Department is proud to partner with HALO to better assess the impact of its demining support. Interested parties may contact HALO at mail@halocolombia.org to obtain a copy of the assessment findings and report.

For more information on how the State Department is strengthening human security, facilitating economic development, and fostering stability through demining, and other conventional weapons destruction activities, check out our annual report, To Walk the Earth in Safety, and follow us on Twitter @StateDeptPM.

About the Author: Eric Keefer serves as the program manager for Latin American in the Bureau of Political-Military Affairs Office of Weapons Removal and Abatement at the U.S. Department of State.