Diplomacy Lab: From a Student’s Perspective 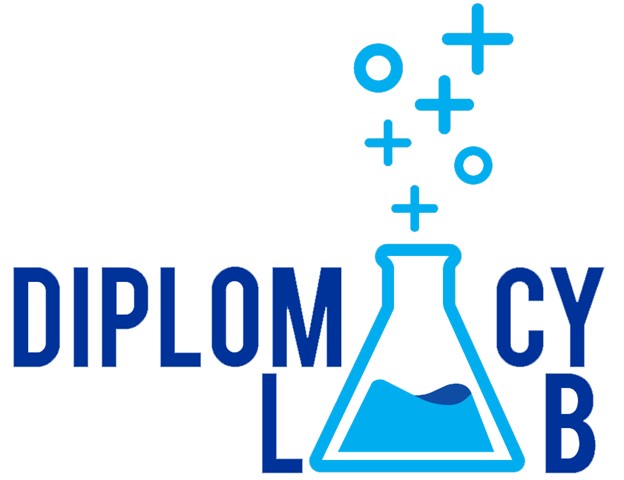 Grace Shirley, a geospatial science undergraduate student at Kennesaw State University, and her team presented their Diplomacy Lab project, “Embassy Site Selection & Analysis,” during the second annual Demo Day that was held virtually in February 2022.  Diplomacy Lab is a partnership between the U.S. Department of State and more than 40 U.S.-based colleges and universities that “course-source” research from faculty-led student teams.  This program exposes students of all academic backgrounds to the work of foreign policy and engages them directly in the processes of diplomacy and development.

Grace and her four teammates came to Diplomacy Lab without prior foreign policy experience, but their geographic know-how was indispensable.  With their love for maps, problem solving, and data, the team is an example of modern geographers, bridging the gap between human society and the physical environment.  “It was the ultimate puzzle, almost, and it was really, really, really interesting. We had a lot of fun.”

Overseas Buildings Operations’ (OBO) mission is to provide safe, secure, functional, and resilient facilities that represent the U.S. government to host nations and support the Department’s achievement of U.S. foreign policy objectives abroad.  To support these goals, Diplomacy Lab sought a team who could assist in streamlining and improving the process of identifying sites for embassies and consulates around the world.  Grace and her teammates used ArcGIS, a mapping software that leverages datasets as geographic tools, to build a geographic information system (GIS) model that synthesizes site requirements using data the team collected from local, regional, and national government sources.  By augmenting existing GIS data with economic, diplomatic, urban, security, and social data points, the team formed a holistic picture of the most ideal sites using criteria set by OBO and Diplomatic Security.

The models visualize the data as an overlay on a map, showing the areas that are most suitable according to the defined parameters.  The students used the software to narrow down appropriate opportunities from the broad scale of a city to a more useful neighborhood and parcel level.  In this example, the polygonal “Suitability Overlay” identifies sites that are least susceptible to flood or tsunami waves.

Grace stated that the best part about completing the project was collaborating with her team and OBO, who gave much needed guidance and ensured the end-product met OBO’s needs.  “We never felt like we didn’t know what was going on or what OBO was expecting because we had that open line of communication the whole time.”

Grace joined Diplomacy Lab after receiving an email from her professor, asking if anyone was interested in participating.  “It sounded really exciting, and I thought it was very rewarding — and fun — to participate in the program.”

Grace currently works in land surveying in addition to her undergraduate studies. Familiar with helping developers or homeowners survey their land for a project, she knew her DipLab experience with embassy projects would be on an entirely different scale.  “There’s so much that goes into choosing the land to build it on, not even getting into construction or anything yet but focusing on the mountains of geographical data.  Using GIS, you can winnow down to a parcel through this empirical, large-scale process of elimination.”

“I would have never imagined that I was going to be doing research with the State Department. It’s been an awesome experience.”

“Just go into it with a good attitude.  It’s a lot of work, but it’s rewarding.  We made friendships on our team that I will probably always have.  I mean, I’ve worked with some great people who were so helpful and easy to work with.  When I went back to school, I would have never imagined that I was going to be doing research with the State Department. It’s been an awesome experience. I will actually be working on it again this semester.”

If you or someone you know is interested in partnering with Diplomacy Lab or getting involved, please contact Bryan Gerhart, the Senior Program Manager, at GerhartBR@state.gov.  To learn more, you may also visit the website at https://diplomacylab.org/.

About the Author: Melanie Bonner is a Foreign Service Officer and Director of Communications in the Office of Global Partnerships.