Office of the Science and Technology Adviser 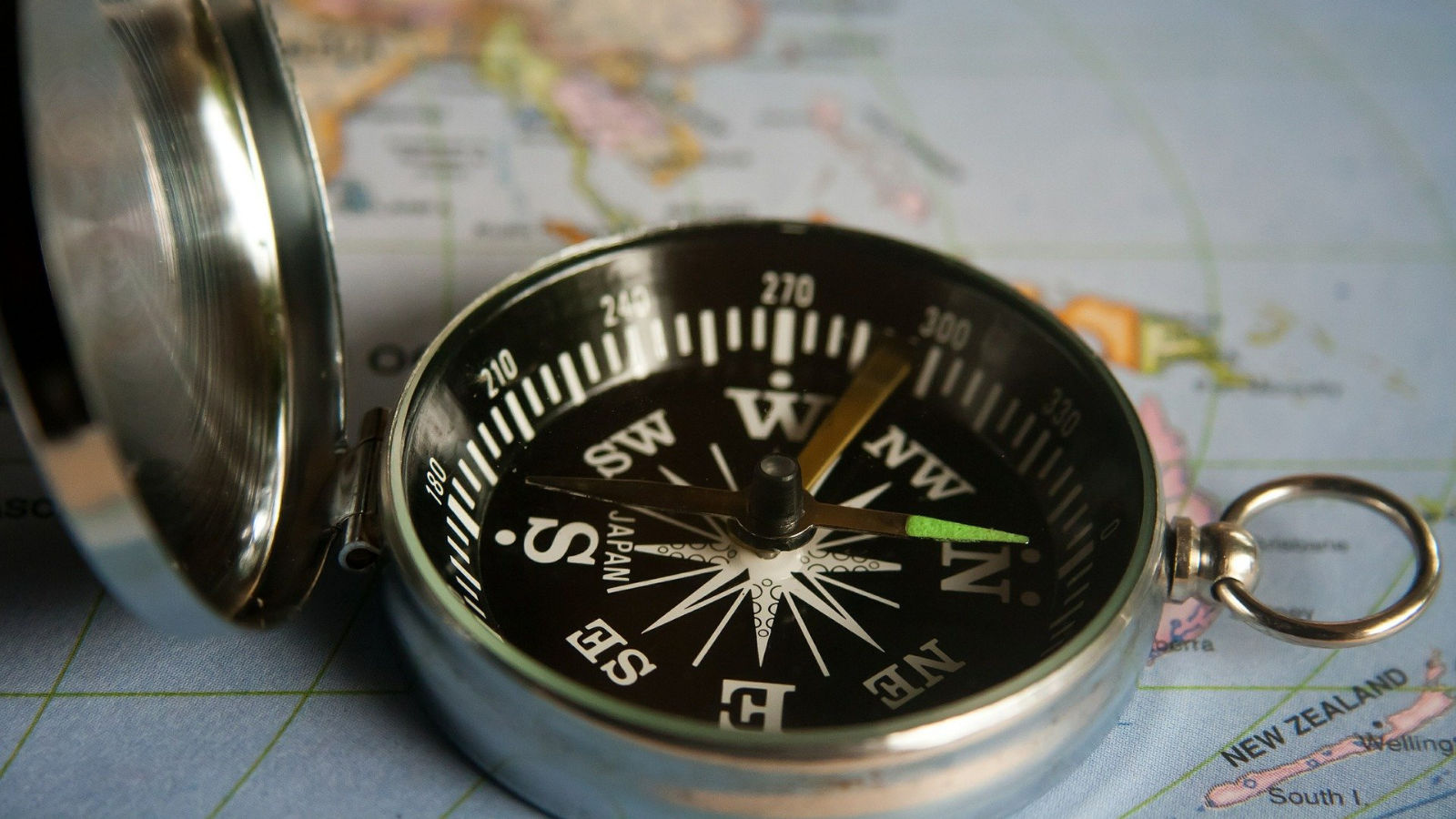 Magnetic compasses have used the geomagnetic field to orient travelers for centuries.

The Science Speaks blog series offers a deep dive into science, technology, and innovation topics on the minds of the public. The series matches technical explanations with relatable analogies to explain opportunities and answer the ultimate question: Why should we care?

If your understanding of magnetic compasses comes from the Pirates of the Caribbean film franchise, I have some bad news for you. Real-life compasses point northward—not toward the owner’s deepest desire, as Captain Jack Sparrow would have you believe. This northern directionality, which has oriented global travelers for centuries, is made possible by the earth’s magnetic field—the geomagnetic field.

Earth’s magnetism, also known as geomagnetism, is derived in large part from goings-on thousands of miles beneath your feet. The inner core, situated at the center of the earth, releases heat to the outer core surrounding it. The outer core is a sea of liquid consisting of a conductive iron alloy, and the heat induces an electric current in this liquid. Electric currents, as you may remember from physics class, create magnetic fields. Thus, these phenomena at the core give rise to geomagnetism, which emanates to the earth’s surface and beyond.

The portion of the geomagnetic field that extends beyond the earth’s surface and into outer space is called the magnetosphere, and it protects the planet from solar winds and cosmic rays that would otherwise erode our atmosphere. In fact, the atmosphere of Mars was lost billions of years ago when the planet’s magnetic field ceased to exist.

Our geomagnetic field can be approximated by imagining a giant bar magnet extending through the earth, offset from the planet’s rotational axis by about ten degrees. Such bar magnets have a north pole and a south pole. Perhaps counterintuitively, the “south” end of our hypothetical bar magnet sits near the earth’s geographic North Pole (think Arctic and polar bears), while the “north” end of the magnet sits near the geographic South Pole (think Antarctica and penguins).

Now let’s consider Jack Sparrow’s compass, which inexplicably points him toward his beloved ship, the Black Pearl, at all times. If this were a real compass, its needle would be a magnet with the arrowhead situated at its north pole. Opposite magnetic poles attract one another, so the compass would point Sparrow toward the Arctic (i.e., the southern tip of our theoretical, Earth-sized bar magnet). This is why geomagnetism has been and continues to be useful for navigation, and it even orients and guides some animal species during migrations.

So significant is geomagnetism that its potential disappearance was fictionalized in the 2003 sci-fi catastrophe flick, The Core. In the film, the electric current in the earth’s outer core stops flowing, which threatens the very existence of the geomagnetic field. Perhaps the storywriters were inspired by an actual phenomenon that is far less extreme: in real-life, the geomagnetic field’s intensity and direction do change with time and location. As a result, the geomagnetic field is measured consistently by a network of terrestrial observatories around the world. These measurements are also supplemented by satellite data.

Geomagnetism may not be a part of Jack Sparrow’s life, but it is a part our ours. For instance, geomagnetism has applications in mapping, mineral exploration, and weather. Real-time and historic geomagnetic field measurements help thwart damage to satellites, prevent corrosion of pipelines, and protect power grids and communication systems. The study of geomagnetic field changes, recorded like tree rings in some natural and manmade objects, aids the study of Earth’s formation and helps assign dates to artifacts. Plus, without the magnetosphere shielding our atmosphere, the earth’s surface—including everyone and everything on it—would be exposed to harmful radiation.

The U.S. Government’s various activities related to geomagnetism speak to the importance of both research and application. For example, various federal agencies are involved with monitoring the geomagnetic field and modeling its changes over time. At the State Department, diplomatic and public diplomacy efforts inspire space exploration, applications, and the technologies that make them possible—all of which relate to the vast utility of the geomagnetic field.

The next time you want to annoy your film-loving friends, consider screening Pirates of the Caribbean or The Core and debunking plot points while you watch! How has geomagnetism affected your life today?

About the Author: Aubrey R. Paris, Ph.D., is a Science, Technology & Innovation Policy Adviser in the Office of the Science and Technology Adviser to the U.S. Secretary of State (STAS). She received her Ph.D. in Chemistry and Materials Science from Princeton University and B.S. in Chemistry and Biology from Ursinus College.