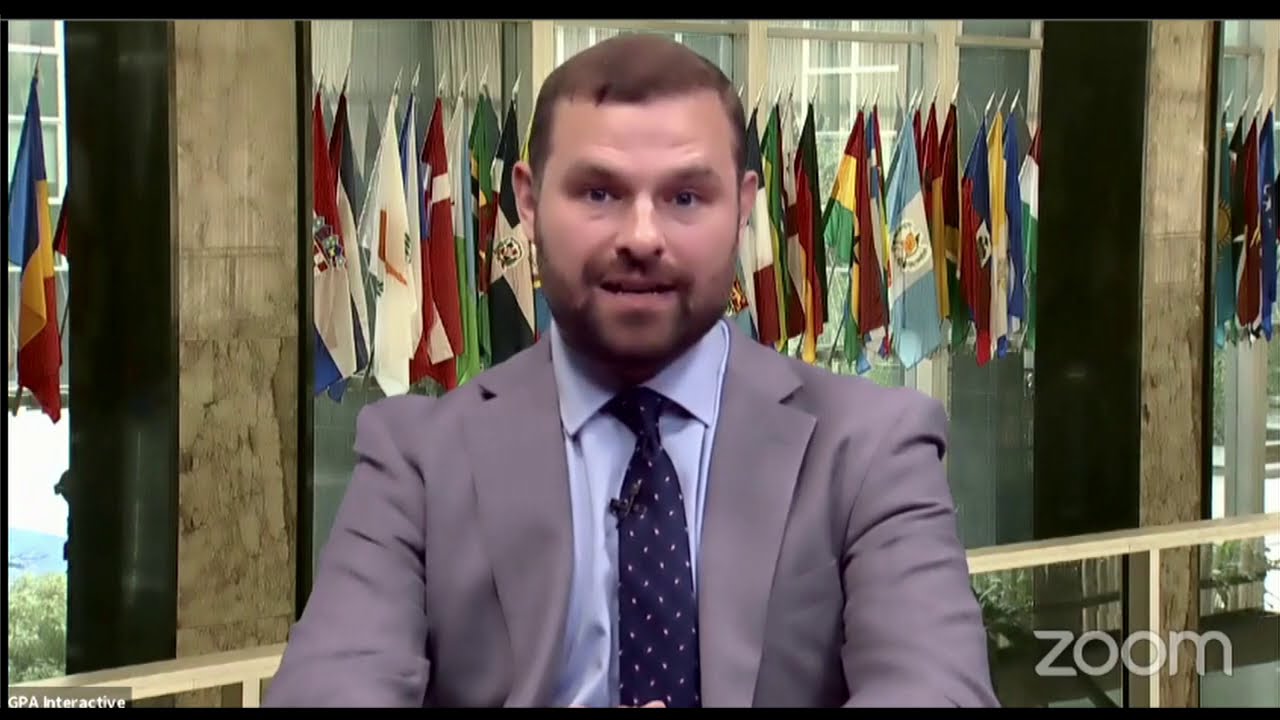 America’s citizen diplomats create enduring relationships abroad by engaging communities beyond our borders, effectively serving as ambassadors for American values overseas. Some of these citizen diplomats bring the world to their local communities, expanding cultural awareness, and fostering dialogue.

The Department of State is committed to recognizing American citizens and organizations engaged in furthering U.S. foreign policy objectives. In this spirit, the Bureau of Global Public Affairs launched the annual Citizen Diplomacy Award in 2017 to formally recognize U.S. citizens and organizations that exhibit dedication and leadership to strengthening relationships and advancing U.S. foreign policy priorities globally.

This year’s award recipient is Mr. Mohamed Amin Ahmed, Founder, Chairman, and Executive Director of “Average Mohamed.” Mr. Ahmed is recognized for his work to counter violent extremism, engaging his audience in a meaningful discussion about Islamic values and ideals. In creating and launching his cartoon, “Average Mohamed,” Mr. Ahmed has helped to spread democratic ideals to a global audience and is recognized as a citizen diplomat who has helped counter anti-democracy narratives and intolerance.

A proud U.S. citizen, Mr. Ahmed immigrated to Minnesota from Somalia more than 20 years ago. Frustrated by the lack of messaging countering extremist propaganda and the high number of ISIS recruits originating from his community, Mr. Ahmed published his cartoon, “Average Mohamed,” as a response to what he considered was an inadequate collective effort against extremist propaganda. His website and cartoon series have helped to counter extremism and hate while also creating a space for a healthy conversation between Muslims around the world.

What sets Mr. Ahmed apart is his “regular guy” approach, an ability to speak directly to a global audience of young people while helping to change the conversation about Islam. Mr. Ahmed has also crafted critical talking points that parents, religious leaders, and activists can use to combat extremist narratives.

Assistant Secretary of State for Global Public Affairs Aaron Ringel presented the award to Mr. Ahmed in a virtual ceremony on September 30. In his remarks, Assistant Secretary Ringel highlighted the power of citizen diplomacy and thanked Mr. Ahmed for his work in countering extremist messaging.

“A citizen diplomat is someone who is motivated by the desire to engage with the rest of the world in a meaningful, mutually-beneficial dialogue,” Ringel said. “Each year, we celebrate America’s great citizen diplomats who build these bridges around the world and tell our nation’s story. Mr. Ahmed’s efforts are particularly noteworthy for his grassroots approach to countering violent extremism through pop culture. I can tell you that Mr. Ahmed is many things, but he is in no way average.”

“We created [Average Mohamed] in 2014 because we were getting propaganda avalanche…and there was no response,” Mr. Ahmed said. “We started creating the response because we felt that democracy is something we have to defend. We have a standard in this democracy: a citizen has the right to stand up to defend their values.”

“Life, liberty, opportunity, freedom – you will find all this in democracy,” Ahmed said. “These are our values, and because our values serve us so well here in America, we want to export them to the world, and we engage the world with it.”

“All of our nominees underwent a rigorous panel review process by senior leaders here in Washington,” Ringel said. “Each nominee stood out as an excellent example of the work done nationwide by dedicated Americans who volunteered their time and energy to advance global understanding.”

Citizens across America can contribute to the work of global diplomacy as citizen diplomats by representing American values overseas and creating strong and enduring relationships throughout the world.

Read the remarks from and watch the full ceremony here.

Engage with the Office of Public Liaison.

About the Author: Irina Karmanova is a Public Affairs Specialist in the Bureau of Global Public Affairs’s Office of Public Liaison at the U.S. Department of State.