Mohamed Yosaif Abdalrahan is a human rights lawyer at the Sudanese Human Rights Initiative (SHRI).  He has worked tirelessly to defend the rights of Sudan’s religious minorities, both in his legal casework and through public advocacy.  At SHRI, Mohamed leads and develops advocacy campaigns to strengthen legal protections for minority religious communities and to end the government’s property confiscations targeting religious minorities.  He has organized trainings on human rights and journalism, women’s rights, and rights awareness for young Sudanese citizens.  Through his legal practice, he has defended minority religious leaders targeted for arrest on specious charges following government interference in their activities.  A member of Sudan’s Muslim majority, Mohamed has become a trusted ally of minority communities and has helped them navigate the country’s complex judicial system, deploying his strong technical knowledge in international human rights law and Sudanese constitutional law, and his outstanding dedication to use the law as a force for good. Mohamed’s tireless defense of religious minorities in Sudan is evidence of his work as a true champion of religious freedom.

Imam Abubakar Abdullahi selflessly risked his own life to save members of another religious community, who would have likely been killed without his intervention.  On June 23, 2018, ethnic Fulani herdsmen, who are predominantly Muslim, launched coordinated attacks on 10 villages in Barkin Ladi, killing hundreds of ethnic Berom farmers, who are predominantly Christian.  As Imam Abdullahi was finishing midday prayers, he and his congregation heard gunshots and went outside to see members of the town’s Christian community fleeing.  Instinctively, the Imam ushered 262 Christians into the mosque and his home next to the mosque.  The Imam then went outside to confront the gunmen and he refused to allow them to enter, pleading with them to spare the Christians inside, even offering to sacrifice his life for theirs.  Although the gunmen killed 84 people in Nghar village that day, Imam Abdullahi’s actions saved the lives of hundreds more.  Born in Bauchi State around 1936, the Imam has lived in Nghar for 60 years and led the Muslim community through the mosque, which was built on land provided by the Christian community.  Imam Abdullahi’s courage in the face of imminent danger and his history of outreach across religious divides demonstrates his lifelong commitment to promoting interfaith understanding and peace.

Ivanir dos Santos is an Afro Brazilian activist, academic, and faith leader, having been ordained in 2006 as a priest of the Afro-descendent religion Candomblé.  Adherents of Afro-descendent faiths like Candomblé are too often targets of discrimination, intolerance, and physical attacks in Brazil.  Mr. Santos has worked exhaustively to support interfaith dialogue, combat discrimination, and create mechanisms for the protection of vulnerable groups.  In 2008, he founded the Commission to Combat Religious Intolerance – an organization comprising representatives from different religious groups, members of civil society, the police, and public prosecutor’s office who document cases of religious intolerance and assist victims.  Two decades earlier, he formed the Center for Marginalized Populations – a nongovernmental organization focused on combating racial discrimination and promoting rights of members of minority groups.  Mr. Santos guided the 2017 publication of the government’s “Religious Intolerance in Brazil” report and also coauthored the 2008 “Guide against Religious Intolerance and Racism”.  In 2008, Mr. Santos spearheaded the first “Walk in Defense of Religious Freedom” in Rio de Janeiro.  The walk, which calls for an end to religious intolerance, the building of bridges, and the promotion of freedom and understanding, became an annual event that draws some 50,000 participants from diverse religious backgrounds, including Candomblé, Muslims, Jews, Christians, Buddhists, Spiritualists, and atheists. Mr. Santos’ advocacy to protect the freedoms and rights of members of religious communities in Brazil are indicators of his lifelong commitment to promoting religious freedom for all.

William and Pascale Warda have devoted their lives to advancing religious freedom and other human rights in Iraq.  Mrs. Warda currently serves as the president of Hammurabi Human Rights Organization (HHRO), a nonprofit, apolitical organization which the couple founded in 2003.  HHRO monitors and reports on human rights violations in Iraq, launches advocacy campaigns related to human rights violations, and provides humanitarian assistance following instances of violence.  HHRO was one of the first organizations to document ISIS’ atrocities against Yazidi and Christian women, girls, and members of other minorities.  She has served in multiple other roles, including as the Minister of Migration and Displacement in the Iraqi Interim Government, head of the Assyrian Women’s Union, co-founder of the Iraqi Women’s Center for Development in Baghdad, and as one of only six women in the 32-member interim Iraqi Council of Ministers.

Pascale’s husband, William Warda currently works as the Public Relations Officer of HHRO and the head of the Alliance of Iraqi Minorities Network (AIM).  He has been active in helping preserve the historical identity of religious minorities following the rise of ISIS, ensuring that Iraq does not lose its religious and ethnic diversity by working to preserve minority languages and heritage.  Through AIM, he has worked to build communication to strengthen the ties between minorities and other Iraqi components, while working to strengthen respect for human rights for all Iraqis.  The Wardas’ advocacy and leadership in advocating for the rights of members of religious minorities and of women in Iraq highlight their commitment to advancing religious freedom.

Salpy Eskidjian Weiderud was born in Cyprus, a grandchild of Armenian refugees. She is an architect and facilitator of an unprecedented peacebuilding initiative in Cyprus known as the Religious Track of the Cyprus Peace Process, which operates under the auspices of the Embassy of Sweden.  She has served as its Executive Director since 2012.  Throughout her life, Salpy has fully committed herself to working with religious leaders, faith-based organizations and religious communities on issues related to freedom of religion and human rights, disarmament, conflict transformation, and peacebuilding locally, regionally, and globally.  For almost 30 years, Salpy has worked with faith-based institutions in Europe and the Middle East to promote interfaith understanding.  Beginning as a student in the 1980s she worked on a variety of bicommunal civil society and women’s peace initiatives in Cyprus.  She was the first young female program executive working on religious freedom, human rights, and peace issues at the Middle East Council of Churches and at the Commission of Churches on International Affairs of the World Council of Churches.  During this time, she was at the forefront of initiating and coordinating ecumenical and interfaith programs regionally and globally on religious freedom and human rights, disarmament, nonviolence, conflict transformation and peacebuilding.  She has led international ecumenical delegations to countries throughout the Middle East promoting human rights and peace. Salpy’s creativity, leadership and drive provides great hope for the future of her country. 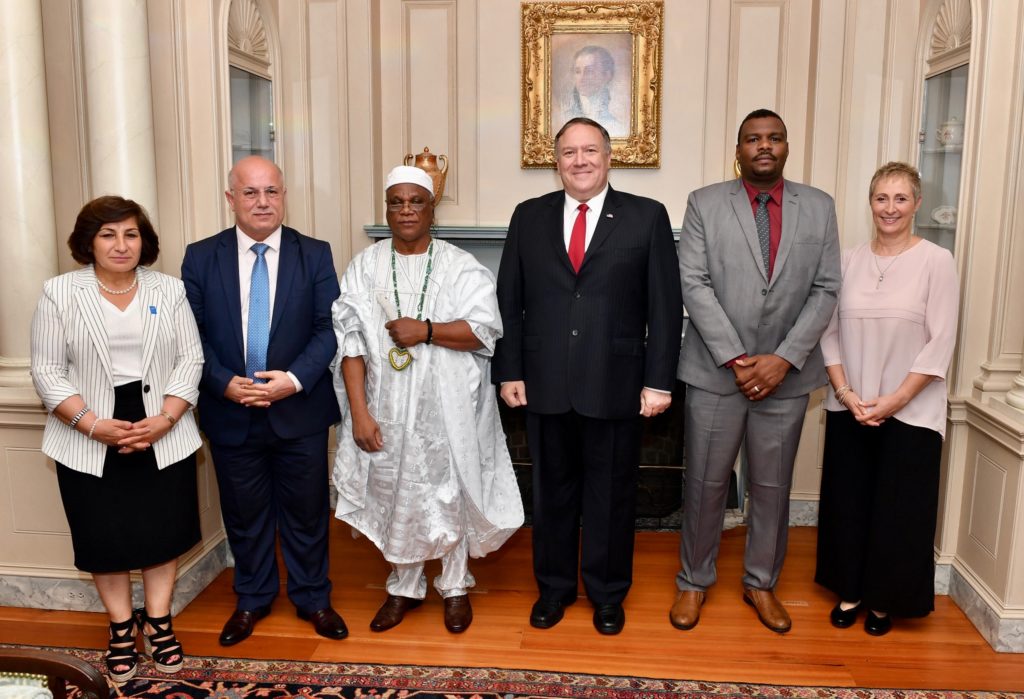 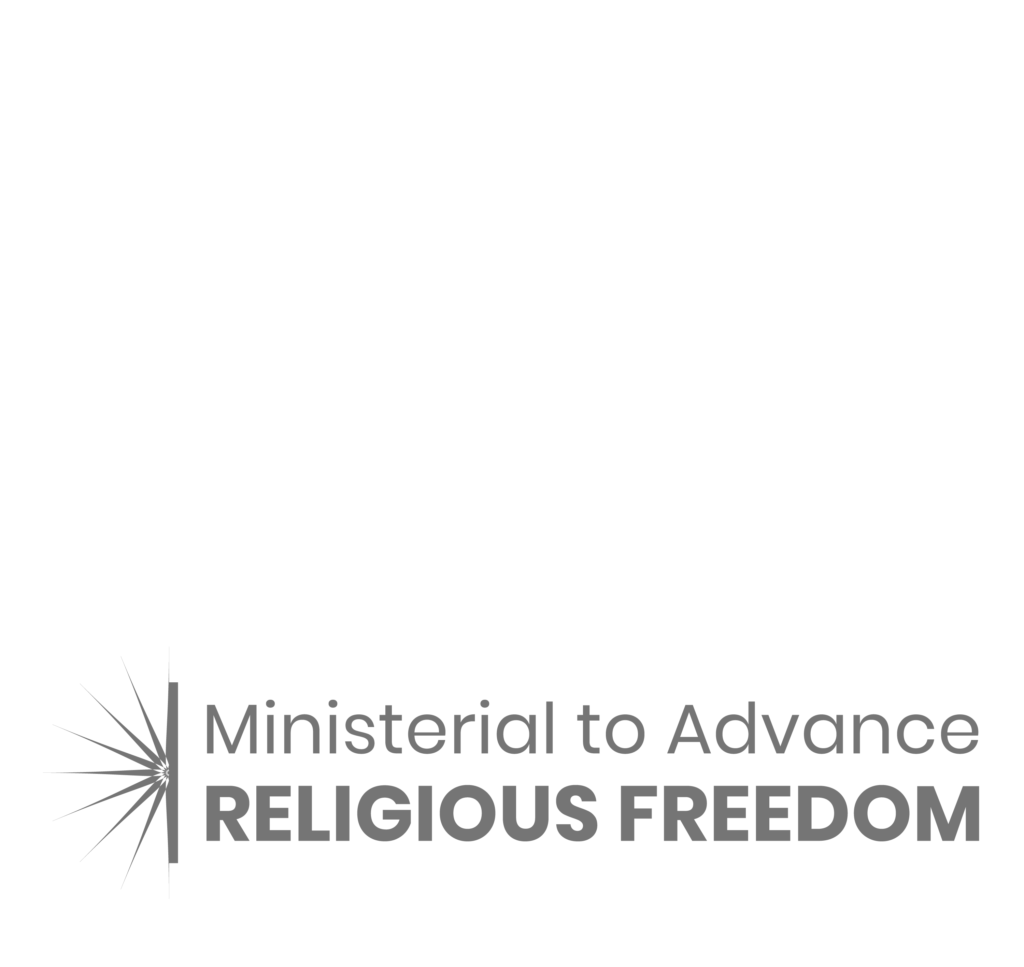