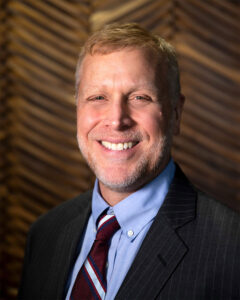 J. Douglas Dykhouse joined the Bureau of Overseas Buildings Operations (OBO) in April 2022 as the Principal Deputy Director. An experienced Senior Foreign Service Officer, Douglas brings over 21 years of service to the role. Most recently he was the Deputy Director in the Executive Office of the Bureau of South and Central Asian Affairs (NEA-SCA/EX), and previous to that, the Supervisory Post Management Officer for Afghanistan and Pakistan.

Douglas has also served as the Management Counselor at Embassy Budapest; Human Resources Officer in Kabul; Regional Management Officer in Zagreb, Croatia; General Services Officer in Ashgabat, Turkmenistan; and a Consular tour in Mexico City.  He earned a Bachelor of Arts in History and a Master of Arts in Russian and East European Studies from the University of Michigan. He is married to retired Foreign Service Officer Vivian S. Walker and has two stepsons.