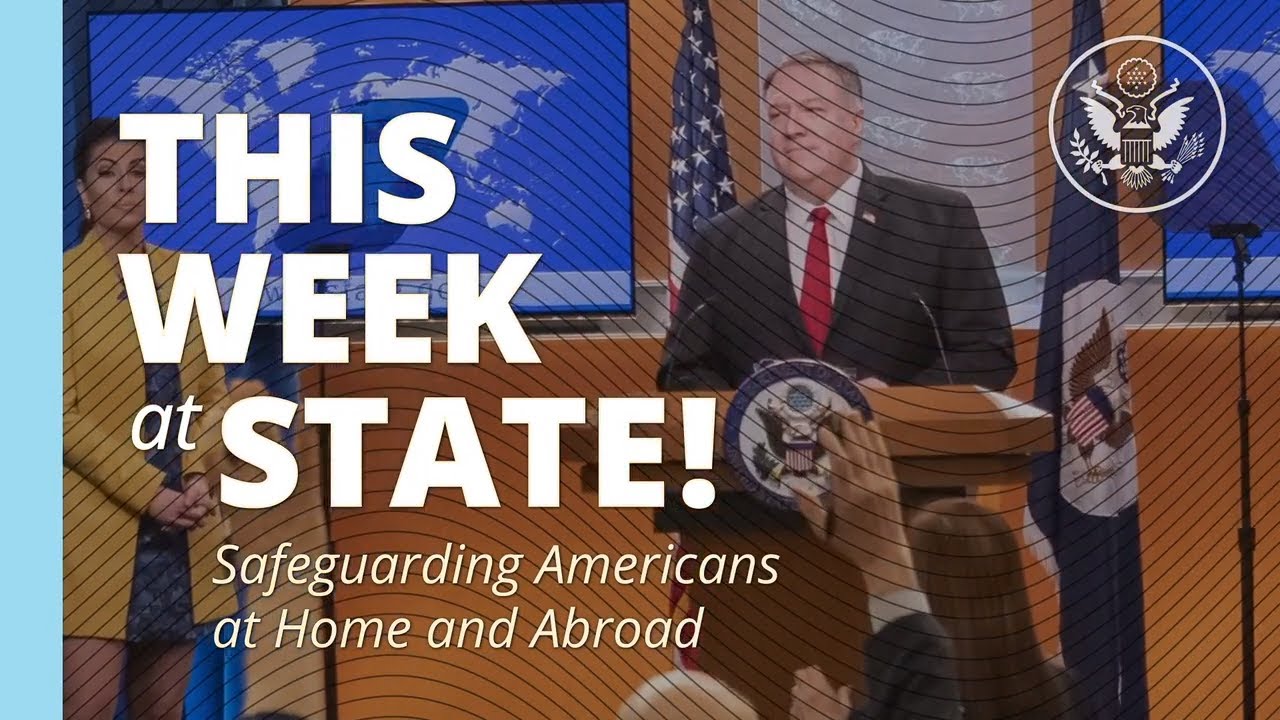 On April 4, the Department commemorated United Nations’ International Day for Mine Awareness and Assistance in Mine Action, which provides opportunity for the world to reflect on both the progress made and the remaining challenges in clearing landmines and unexploded ordnance. These explosive remnants of war still endanger civilians in more than 60 countries. The United States is working closely with partners worldwide to address this serious humanitarian challenge putting innocent people, including many children, at risk.

In an April 6 statement, Spokesperson Ortagus expressed concern over reports that the PRC sunk a Vietnamese fishing vessel in the vicinity of the Paracel Islands in the South China Sea.

The United States condemns the PRC's reported sinking of a Vietnamese fishing vessel on April 2. It is appalling that the PRC is exploiting the world’s focus on addressing this global pandemic to assert its unlawful maritime claims in the South China Sea. pic.twitter.com/4HYU7AqtMF

.@StateDeptCT Ambassador Sales: The State Department is designating the Russian Imperial Movement as a Specially Designated Global Terrorist. This is the first time the U.S. has ever designated foreign white supremacist terrorists. pic.twitter.com/BUM8shGvfO

In a statement and press briefing on April 8, Secretary Pompeo announced additional U.S. foreign assistance dedicated to responding to COVID-19. He said “Thanks to the unmatched generosity of the American people and the efforts of the U.S. Government, the United States has continued to lead the world’s public health and humanitarian response to the COVID-19 pandemic. We are building on that leadership, with another $225 million in health, humanitarian, and economic assistance to further boost response efforts worldwide.”

On April 8, the State Department marked the first night of Passover.

Susan and I want to take a moment to wish everyone celebrating around the world a joyous and peaceful Passover. Chag Sameach! pic.twitter.com/PG1x2JnagF

From my family to yours, have a blessed Passover. Chag Sameach! pic.twitter.com/sfSo2ef1zd

In an April 9 statement, Secretary Pompeo welcomed the Saudi-led coalition of a unilateral ceasefire in Yemen. He said “The announcement is a constructive response to the UN Secretary General’s call for the parties to focus on countering the COVID-19 pandemic. We urge the Houthis to respond in kind to the Coalition’s initiative.”