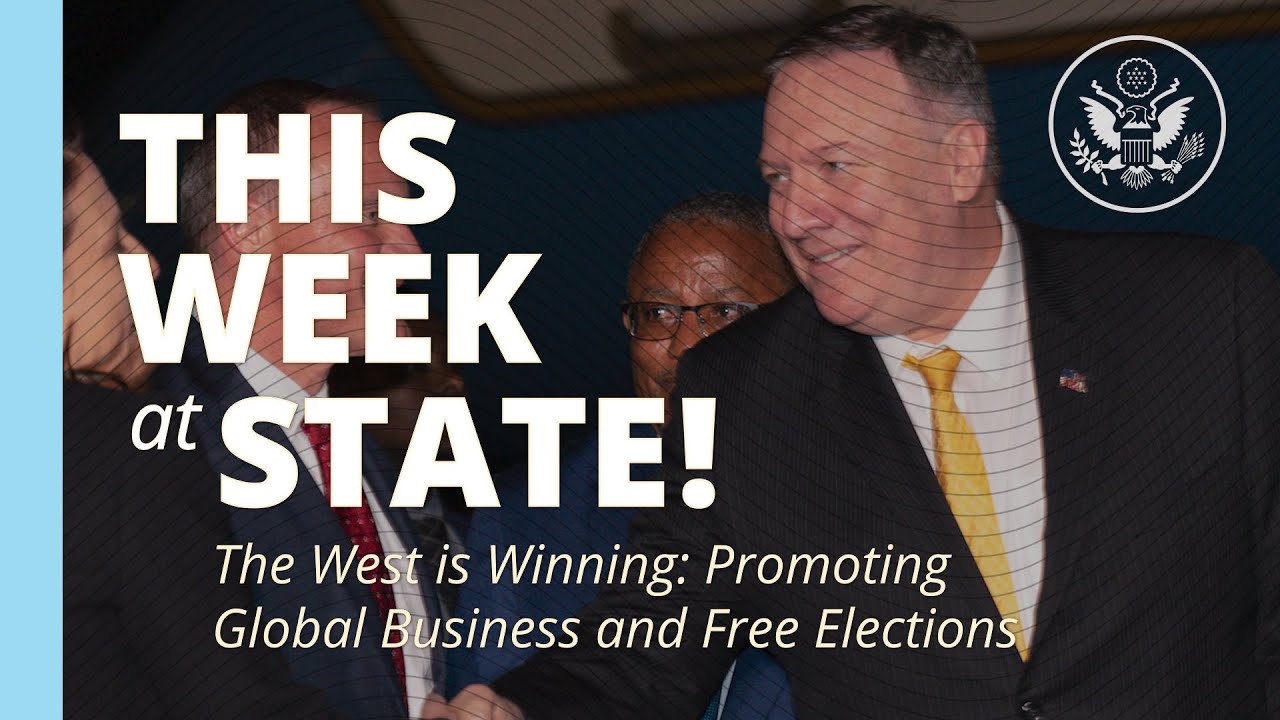 The West is winning. Freedom and democracy are winning. And by that, I don’t mean just geographical nations. The West doesn’t define a space or a piece of real  tot state. It’s any nation – any nation that adopts a model of respect for individual freedom, free enterprise, national sovereignty. They’re part of this idea of the West.

Today’s sanctions are another step in the policy of pressuring the Maduro regime to allow Venezuela to escape from its terrible crisis through free and fair presidential elections.  There will be more steps and further pressure in the coming weeks and months. The United States remains firmly committed to the people of Venezuela and to the cause of freedom there.

Socialist schemes haven’t economically liberated this continent’s poorest people. But we all – everyone in this room – everyone in this room know the right way forward.  Basic strong rule of law, respect for property rights, regulation that encourages investment – we talked about that with these entrepreneurs this morning.  You need to get the basic laws right so that investors can come and invest their capital. There is nothing more noble than allowing our people to have the dignity of work.  And the United States, you should know, everyone – we believe in you, and we’ll be with you every step of the way

On February 20, Special Representative for Iran and Senior Advisor to the Secretary Brian Hook briefed the press in advance of the Iranian Elections.

The Iranian people know that tomorrow’s election is political theater.  It is a republic in name only when the government disqualifies half of the candidates running for office.  Millions of Iranians have decided to stay home. They know they don’t have a genuine say in the process. They are asking for a free and fair process where they can share their views openly without the fear of being marginalized or massacred.