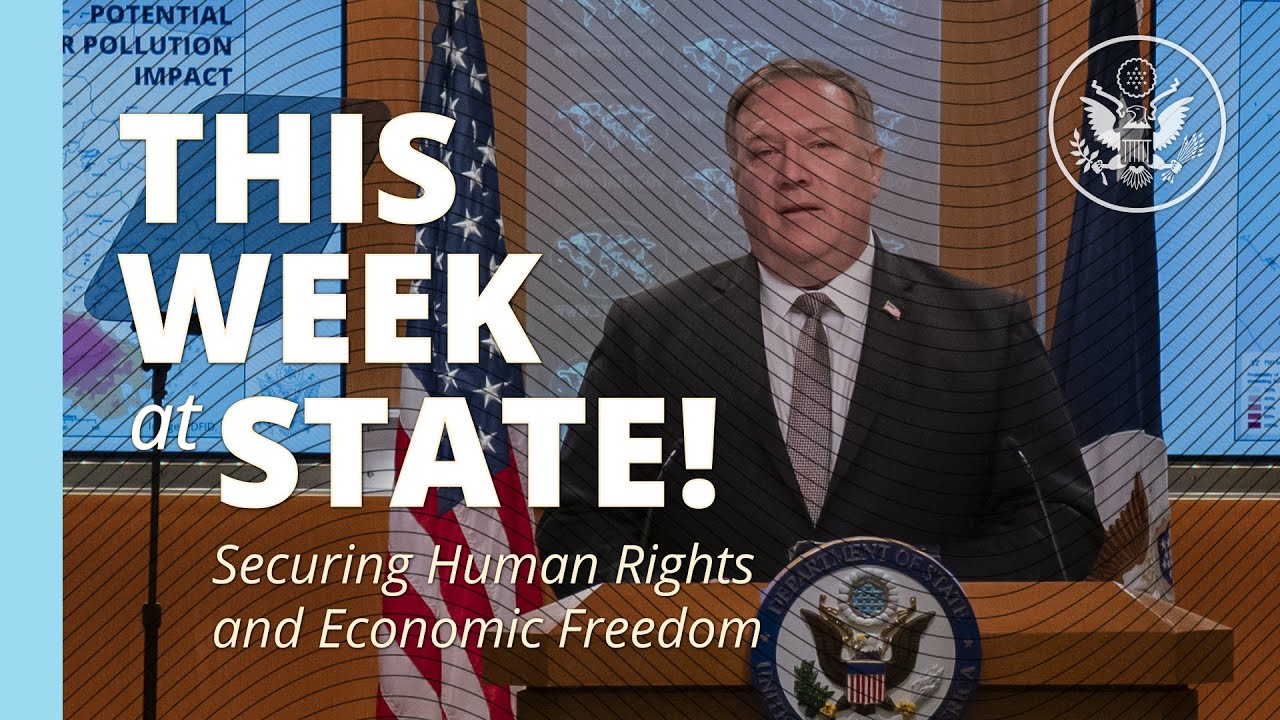 The Department Celebrated the 4th of July

On the 4th of July the Department celebrated Independence Day. Secretary Pompeo had a video message for everyone.

Today, we wish everyone a happy 4th of July. While celebrations may be different this year, we join all Americans in reflecting on the freedoms and values on which this nation was founded 244 years ago. pic.twitter.com/Yw2vaFYeEW

Happy #IndependenceDay 🎊 Join us at https://t.co/FSUSBSsVOE
Come Celebrate With Us! pic.twitter.com/0qxl9aquf7

In a July 6 statement, Secretary Pompeo commended the Government of the United Kingdom (UK) in its establishment of a Global Human Rights sanctions regime pursuant to its Sanctions and Anti-Money Laundering Act 2018. The United States commends the UK’s continued global leadership on the promotion and protection of human rights.

In a statement, Secretary Pompeo remembered the 709 Crackdown and the subsequent years. On July 9, five years ago the Chinese Communist Party (CCP) launched a nationwide offensive targeting hundreds of defense lawyers and human rights defenders for detention, interrogation, and politically motivated criminal charges. The “709” crackdown, named for the date it began on July 9, 2015, was designed to intimidate a generation of lawyers and activists from representing or assisting anyone the CCP perceives as a threat to its absolute power. It showed the world what it means to govern via “rule by law,” rather than a system based on the rule of law.

The wave of repression that began five years ago in China continues today. We call for justice for lawyers and human rights defenders like Yu Wensheng, who was sentenced to four years in jail for defending victims of the 2015 #709crackdown.

Allegations of Human Rights Violations and Abuses in the Sahel

In a July 9 statement, Spokesperson Ortagus expressed the U.S. concern surrounding the growing number of allegations of human rights violations and abuses perpetrated by state security forces in the Sahel, including those documented by Human Rights Watch in its July 8 report, as well as those reported by the United Nations Multidimensional Integrated Stabilization Mission in Mali (MINUSMA).

The U.S. is concerned by the July 8 @HRW report alleging additional human rights violations in the Sahel by state security forces. We urge the G5 Sahel governments to follow through on public commitments to investigate & hold those found guilty to account. https://t.co/8X8iC2jwlJ

On July 9, Secretary Pompeo announced that the United States will not stand idly by as the CCP carries out human rights abuses targeting Uyghurs, ethnic Kazakhs, and members of other minority groups in Xinjiang, to include forced labor, arbitrary mass detention, and forced population control, and attempts to erase their culture and Muslim faith. As a result, the Secretary designated three senior CCP officials under Section 7031(c) of the FY 2020 Department of State, Foreign Operations, and Related Programs Appropriations Act, for their involvement in gross violations of human rights:  Chen Quanguo, the Party Secretary of the XUAR; Zhu Hailun, Party Secretary of the Xinjiang Political and Legal Committee (XPLC); and Wang Mingshan, the current Party Secretary of the Xinjiang Public Security Bureau (XPSB).  They and their immediate family members are ineligible for entry into the United States.

Today, I designated three senior officials of the Chinese Communist Party in Xinjiang for gross violations of human rights, making them and their immediate family members ineligible for entry into the United States.

On July 9, Secretary Pompeo conducted a call with His Majesty King Abdullah II of Jordan.