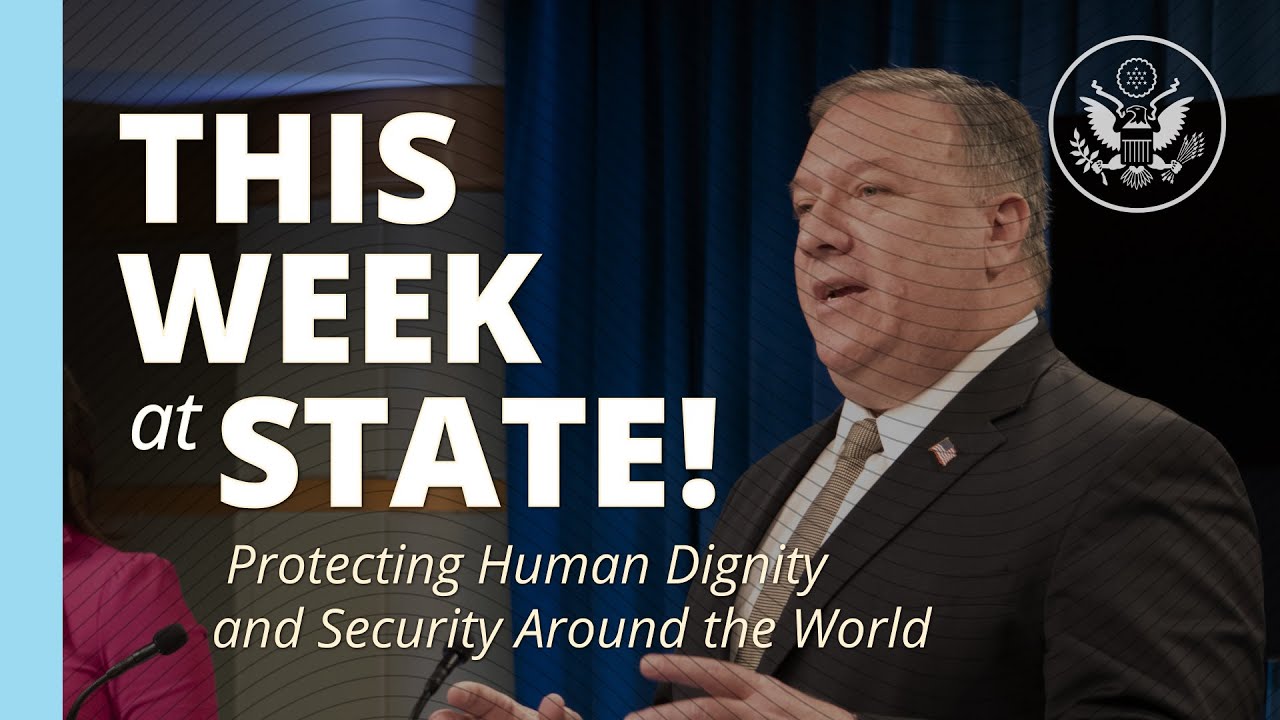 On June 29, the world received disturbing reports that the Chinese Communist Party is using forced sterilization, forced abortion, and coercive family planning against Uyghurs and other minorities in Xinjiang, as part of a continuing campaign of repression. We call on the Chinese Communist Party to immediately end these horrific practices and ask all nations to join the United States in demanding an end to these dehumanizing abuses.

Since 2017, the Chinese Communist Party has detained more than one million Uyghurs and members of other Muslim minorities in internment camps across the Xinjiang region. This is a brutal, systematic effort erase ethnic, cultural, and religious identity in China. pic.twitter.com/WHK5VUDTjP

On June 29, Secretary Pompeo announced the United States will end exports of U.S.-origin defense equipment and will take steps toward imposing the same restrictions on U.S. defense and dual-use technologies to Hong Kong as it does for China. The Chinese Communist Party’s decision to eviscerate Hong Kong’s freedoms has forced the Trump Administration to re-evaluate its policies toward the territory.

On June 30 at the fourth Brussels Conference on “Supporting the Future of Syria and the Region,” hosted by the European Union, Special Representative for Syria Engagement Ambassador James Jeffrey announced more than $696 million in additional humanitarian assistance for the people of Syria in response to the ongoing crisis caused by the Assad regime, Russian, and Iranian forces.  This brings the total U.S. humanitarian response to more than $11.3 billion since the start of the Syria crisis.

Sadly, the Assad regime has failed in its responsibility to provide for the basic needs of the Syrian people. The United States and our international partners are filling these critical needs with $696 million in additional life-saving assistance for Syrians who need it most. pic.twitter.com/fm7z0DFVeb

The latest report on UNSCR 2231 implementation, published by the United Nations Secretary-General based on an impartial evaluation of the available evidence, confirms what the United States has said all along: Iran continues to use its arsenal of conventional weapons to destabilize the Middle East and foment sectarian violence and terrorism across the region. In light of the report’s findings and Iran’s repeated violations of the arms embargo, the Security Council must act to exert greater pressure on Iran, not less. At no point in the last decade has Iran’s behavior shown it would be appropriate to lift the arms embargo.

.@SecPompeo to the UNSC: This Chamber has a choice: Stand for international peace and security, as the @UN's founders intended, or let the arms embargo on the Islamic Republic of Iran expire, betraying the UN’s mission and its finest ideals. pic.twitter.com/w5hRrk6gCW

In a June 30 statement, Secretary Pompeo stated the United States will continue to stand with the freedom-loving people of Hong Kong and respond to Beijing’s attacks on freedoms of speech, the press, and assembly, as well as the rule of law, all of which have, until now, allowed the territory to flourish.

Today marks a sad day for Hong Kong, and for freedom-loving people across China.

Entry into Force of the United States – Mexico – Canada Agreement

In a July 1 statement, Secretary Pompeo marked a landmark achievement for the countries of North America to increase manufacturing and investment in our region.  On July 1, the United States-Mexico-Canada Agreement (USMCA) came into force, fulfilling President Trump’s promise to modernize and update trade agreements.  More than just the modernization of our existing agreement, it is a new engine for growth in the 21st century that will keep North America the most economically competitive region in the world.

Proud to share that the United States-Mexico-Canada Agreement comes into force today. #USMCA realizes President @realDonaldTrump’s promise to upgrade and modernize our trade relations to create new opportunities and increase prosperity for the U.S., Mexico, and Canada. pic.twitter.com/zrWLHtKobk