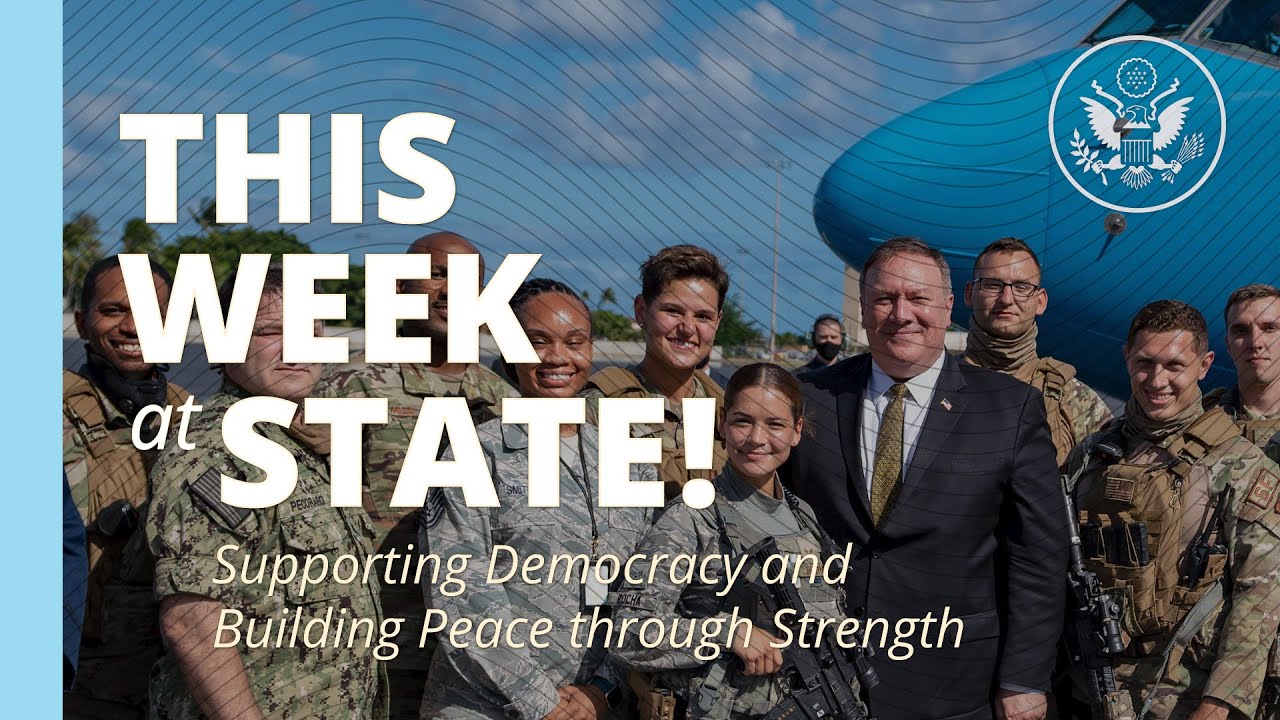 The State Department’s dedicated team of passport professionals has begun to return to agencies across the country to tackle the important work waiting for us there.  Just as we serged staffing to bring home Americans who were stranded overseas we’ve redeployed staff here in the United States to help us meet this urgent challenge. In the weeks ahead we will continue to reopen our facilities in three phases following CDC guidelines, we will work safely and quickly to get your passport to you.

Have a question about US passports? We have assembled a list of frequently asked questions to help you find an answer. Expand this thread to see the full list of FAQs. ⬇️ pic.twitter.com/LP4VcIigWW

The Conviction of U.S. Citizen Paul Whelan in Russia

In a June 15 statement, Secretary Pompeo expressed U.S. outrage at the decision of a Russian court today to convict U.S. citizen Paul Whelan after a secret trial, with secret evidence, and without appropriate allowances for defense witnesses. We have serious concerns that Mr. Whelan was deprived of the fair trial guarantees that Russia is required to provide him in accordance with its international human rights obligations.

In a June 15 statement, Secretary Pompeo recognized that free elections are the path out of Venezuela’s deep political crisis.  Unfortunately, on June 12, the Maduro regime-controlled Supreme Court continued to manipulate the Venezuelan Constitution by illegally naming a new, regime-aligned National Electoral Council (CNE).

The regime has selected a CNE that will rubber-stamp its decisions and ignore the conditions required for free elections.

On June 16, in coordination with the U.S. Department of Justice, the Department of the Treasury’s Office of Foreign Assets Control took action against six Nigerian nationals, pursuant to Executive Order 13694 as amended, for conducting an elaborate online scheme to steal more than $6 million from victims across the United States.

Today, the United States designated six Nigerian nationals for conducting an elaborate online scheme to steal more than $6 million from victims across the United States. We will defend American businesses and individuals from malicious cyber activities.

More than six years ago, the brave photographer known as Caesar shocked the world by smuggling out of Syria the photographic proof that the Assad regime was torturing and executing many thousands of Syrians in the regime’s prisons.  This act of bravery is the inspiration behind the Caesar Syria Civilian Protection Act (the Caesar Act), signed into law by President Trump 180 days ago, under which the U.S. Congress authorized severe economic sanctions to promote accountability for brutal acts against the Syrian people by the Assad regime and its foreign enablers.  As of today, the sanctions provisions of the Caesar Act are fully in effect.  Anyone doing business with the Assad regime, no matter where in the world they are, is potentially exposed to travel restrictions and financial sanctions.

.@StateDept is taking action against individuals and entities who prop up the brutal Assad regime. The U.S. stands with the people of Syria and will hold accountable those who enable the Assad regime's mass atrocities. It is time for Assad’s horrific, needless war to end. pic.twitter.com/oigyddkEf1

Today, the Treasury Department and State Department are releasing 39 designations under the Caesar Act and Executive Order 13894 as the beginning of what will be a sustained campaign of economic and political pressure to deny the Assad regime revenue and support it uses to wage war and commit mass atrocities against the Syrian people.