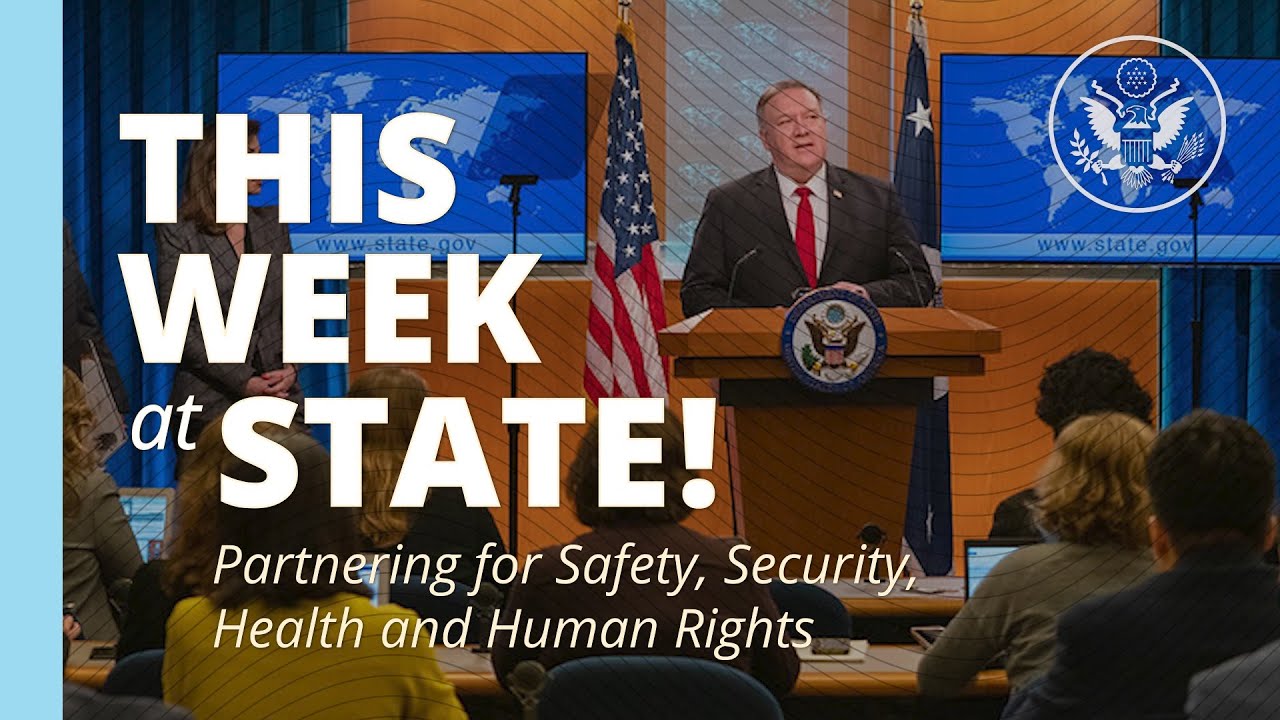 On March 8, the U.S. Department of State joined the world in commemorating International Women’s Day.

Happy #InternationalWomensDay! The U.S. welcomes the diversity and contributions of women for the betterment of their societies. To every woman striving for political, economic, and social progress in your community, know that @StateDept supports you. https://t.co/2QBmZeFwOi pic.twitter.com/c1fIZH6qzz

Happy #InternationalWomensDay ! In honor of this day and the @StateDept’s #WomenofCourage award, share a photo and a story about the women leaders in your life. Courageous women inspire a better world. #IWOC2020

Today is #InternationalWomensDay, a global celebration of the economic, political, and social achievements of women—past, present, and future. "An equal world is an enabled world." And every one of us can do our part to bring about gender equality. #EachForEqual #IWD2020 #19at100 pic.twitter.com/RyRsidPWlB

In a March 8 statement, Secretary Pompeo welcomed the commencement of the criminal trial in the Netherlands of four individuals indicted for the downing of Malaysia Airlines Flight MH17.

This trial is a critical moment in the search for justice for the families and friends of the 298 individuals who lost their lives on July 17, 2014.

Thirteen-Year Anniversary of the Disappearance of Robert Levinson

In a March 9 statement, Secretary Pompeo commemorated the thirteen-year anniversary of Robert Levinson’s disappearance. For 13 years, the Iranian government has denied knowledge of his whereabouts or condition, a claim that defies credibility.

On March 11, Secretary Pompeo delivered on-camera remarks on the release of the 2019 Country Reports on Human Rights Practices report. Assistant Secretary Robert Destro of the Bureau of Democracy, Human Rights, and Labor also delivered remarks and took questions from the press.

The 2019 Country Reports on Human Rights Practices are required by U.S. law and document the status of human rights and worker rights in nearly 200 countries and territories. Promoting and defending human rights and fundamental freedoms are central to who we are as a country, and the United States will continue to support those around the world struggling for human dignity and liberty.

G7 Ministerial To Be Hosted Virtually

Out of an abundance of caution, the United States has decided to host the upcoming G7 ministerial virtually by video teleconference instead of gathering in Pittsburgh, March 24-25. We thank the city of Pittsburgh for its willingness to host this year’s G7 ministerial and for the support and assistance planning this year’s event. We look forward to holding future events there.

Announcement of Mick Mulvaney as Special Envoy to Northern Ireland

In a March 11 statement, Secretary Pompeo welcomed the appointment of Mick Mulvaney as the U.S. Special Envoy to Northern Ireland.  Mick Mulvaney is an accomplished statesman who has demonstrated exemplary service to the country in various senior roles across the federal government.

He is a valued advisor to both President Donald Trump and to me.

On March 12, the United States took action against another Russian oil brokerage firm helping to prop up the former Maduro regime by sanctioning TNK Trading International S.A. (TNK) for operating in the oil sector of the Venezuelan economy.  Following the recent Treasury designation of Rosneft Trading S.A. (RTSA), TNK was directly involved in efforts to assist RTSA evade U.S. sanctions. TNK, incorporated in Switzerland, is a subsidiary of Russian state-controlled Rosneft Oil Company.  These actions follow the designation of RTSA on February 18, 2020, and the subsequent change in allocation of cargoes of Venezuelan oil from RTSA to TNK. In January 2020 alone, TNK purchased nearly 14 million barrels of crude oil from Petroleos de Venezuela (PdVSA).

We are deploying sanctions to bring Maduro to the negotiating table. Today we sanctioned Russian Rosneft-owned oil firm TNK Trading International S.A, increasing the regime’s isolation and bringing the people of #Venezuela closer to freedom and prosperity.

On March 12, the Bureau of Educational and Cultural Affairs (ECA) announced a temporary pause on all ECA-funded programs that involve travel to and from countries with heightened U.S. Centers for Disease Control and Prevention (CDC) Alert Level 2 (Practice Enhanced Precautions) and Warning Level 3 (Avoid Nonessential Travel) or heightened State Department COVID-19 related Travel Advisory Levels 3 (Reconsider Travel) and 4 (Do Not Travel). For more information read the media note.